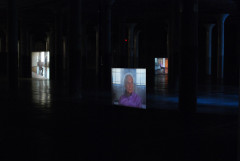 27/03/2018 18:30 27/03/2018 00:00 Europe/London Simon Starling on Tacita Dean on Merce Cunningham Event DetailsTuesday, March 27, 2018, 6:30 pm Dia:Chelsea535 West 22nd Street, 5th FloorNew York City Free for Dia members; $10 general admission; $6 admission for students and seniors Advance reservations are no longer available. A limited number of tickets may be purchased at the door, subject to availability. Simon Starling was born in Epsom, England, in 1967. He graduated from the Glasgow School of Art, and was professor of fine arts at the Städelschule in Frankfurt from 2003 to 2013. Starling won the Turner Prize in 2005 and was shortlisted for the Hugo Boss Prize in 2004. He represented Scotland at the Venice Biennale in 2003 and has had solo exhibitions at Casa Luis Barragán in Mexico City, Hiroshima City Museum of Contemporary Art, Massachusetts Museum of Contemporary Art in North Adams, Monash University Museum of Art in Melbourne, Musée d’art contemporain du Val-de-Marne in Vitry-sur-Seine, France, Museo Experimental El Eco in Mexico City, Museum of Contemporary Art in Chicago, Power Plant in Toronto, Staatsgalerie Stuttgart in Germany, Tate Britain in London, and Temporäre Kunsthalle Berlin. Starling lives in Copenhagen.     Dia Chelsea FALSE DD/MM/YYYY Simon Starling on Tacita Dean on Merce Cunningham 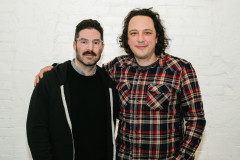 10/04/2018 18:30 10/04/2018 23:45 Europe/London Steven Seidenberg and Alan Felsenthal Event DetailsTuesday, April 10, 2018, 6:30 pmDia:Chelsea535 West 22nd Street, 5th FloorNew York City  Readings in Contemporary Poetry curator, Vincent Katz provided an introduction for the evening's reading. Free for Dia members; $10 general admission; $6 admission for students and seniors Advance ticket purchases recommended. Tickets are also available for purchase at the door, subject to availability.  Steven Seidenberg’s recent works include Situ (Black Sun Lit, 2018), Null Set (Spooky Action Books, 2015), Itch (Raw Art Press, 2014), and numerous chapbooks of verse and aphorism. He coedits pallaksch. pallaksch. (Instance Press), an occasional journal of experimental poetry, and organizes poetry events at the Lab in San Francisco. Seidenberg’s photo collections include Pipevalve: Berlin (Lodima Press, 2017). from Situ But that’s not all. This seat, his seat, has never been another’s, has always only been dispensed to find his occupancy near. To suit his nearing occupation, if not the present circumstance of being thereby occupied, of being set upon by only him, by him alone. This is to say that as he turns his gaze back to his harbor, no matter what corrosive goad provoked him to dethrone, the cardinal intimation that his pulp should find no lading on that ramshackle recliner leaves him hardly an existence—hardly corrigibly extant—a manifold of carrion both drifting past and soon to come, and soon to spoil here… Surely it has happened before, he thinks, he has left his bench before, many times, countless times, which does nothing to prevent him from attempting such a count, an assay that’s near equal to the feint of its achievement, at least when it’s considered from the outside, or…the outside of the outside, nearly the inside, but not quite—not yet—he still knows the difference…knows the difference is all difference, every difference held in state both in and out, in state and kind… Alan Felsenthal runs a small press called the Song Cave. With Ben Estes, he edited A Dark Dreambox of Another Kind: The Poems of Alfred Starr Hamilton (Song Cave, 2013). His writing has appeared in BOMB, Brooklyn Rail, Critical Quarterly, Fence, jubilat, and Harper’s. Lowly, published by Ugly Duckling Presse in 2017, is his first collection of poems. Sailing Bones Suffering I drifted to youSeeing my suffering you sufferedOur conference on calamityOur joints moved against windSustained our growing painUntil protruding bonesFrom our rumpled skin coatsBroke through to exposeTheir staid, stagnant structuresTo a cat we were dual cat castlesA bird perched upon my clavicleTo a friend traveling byWe no longer existedBut our suffering did     Dia Chelsea FALSE DD/MM/YYYY Steven Seidenberg and Alan Felsenthal