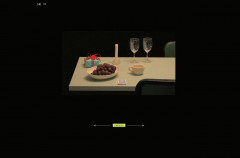 27/10/2020 17:00 27/10/2020 23:45 Europe/London Barbara Bloom in Conversation with Kelly Kivland Event DetailsTuesday, October 27, 2020, 5 pmLive on ZoomOn the occasion of Dia’s Artist Web Projects’ twenty-fifth anniversary as well as the recent restoration initiative involving several works, Dia is planning a series of conversations with artists who have participated in the program. The first conversation, between Barbara Bloom and Dia curator Kelly Kivland, will focus on the Artist Web Project Half Full — Half Empty (2008), which takes absence, domesticity, and time as its subjects. The work presents three parallel dialogues that occur at different points in time: past, present, and future. Using the virtual platform as a stage, the viewer encounters a dining table—a digital still life in which people are absent, yet their actions are implied by the movement of objects. In this conversation, Bloom will speak to the origins of the project, its realization, as well as how the current moment has given heightened focus to our domestic lives. RSVP and receive a Zoom link here. Barbara Bloom was born in 1951 in Los Angeles, California. Bloom is a visual artist whose conceptual practice is often centered on photography and installation. She has participated in numerous solo and group exhibitions at major national and international institutions including the Metropolitan Museum of Art, New York City; Museum of Modern Art, New York; Serpentine Gallery, London; Stedelijk Museum, Amsterdam; Museum Friedricianum, Kassel; Kunsthalle Zürich; Museum of Contemporary Art, Los Angeles; and Kunstverein München, Munich. Bloom lives in New York City.Kelly Kivland is curator at Dia Art Foundation, where she has organized exhibitions and projects by artists including Carl Craig (2020); Nancy Holt (2018–19); Joëlle Tuerlinckx (2018); François Chaignaud and Cecilia Bengolea (2017); Isabel Lewis (2016); and Nick Mauss and Ken Okiishi (2015), among others. Previously, as assistant curator at Dia, she helped organize Thomas Hirschhorn’s 2013 Gramsci Monument in New York City, Jean-Luc Moulène (2011) at Dia Beacon, and the Yvonne Rainer retrospective (2011–12) also at Dia Beacon. She also currently curates the ongoing Artists on Artists Lecture Series amongst other programs. She holds a master’s degree from the Center for Curatorial Studies at Bard College in Annandale-on-Hudson, New York. Dia Online FALSE DD/MM/YYYY Barbara Bloom in Conversation with Kelly Kivland 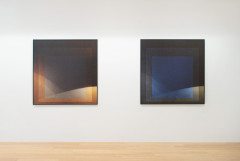 A Conversation with Jill Magid, Matilde Guidelli-Guidi, and Justine Ludwig

28/10/2020 17:00 28/10/2020 23:45 Europe/London A Conversation with Jill Magid, Matilde Guidelli-Guidi, and Justine Ludwig Event DetailsWednesday, October 28, 2020, 5 pmLive on ZoomIn collaboration with Creative Time This conversation with Jill Magid on her current projects with Dia and Creative Time will address matters of circulation, site, and memory in our moment of crisis. For her exhibition at Dia Bridgehampton, Magid presents the series Homage CMYK (2019), consisting of eleven four-channel screen prints on linen hung to fit the gallery in an immersive installation. In dialogue with Dan Flavin’s permanent display of fluorescent light works on the second floor of the building, the layered, luminous surfaces of Homage CMYK call into question authorship, influence, and how an object changes in relation to its context over time. For her Creative Time commission, Tender (2020), Magid is disseminating 120,000 uncirculated 2020 United States pennies—the edges of which she engraved with the phrase “THE BODY WAS ALREADY SO FRAGILE”—into the national economy. As a dispersed monument that spreads across the country, beginning in New York, Tender engages questions of value in the throes of the pandemic. The conversation will be between Magid and Matilde Guidelli Guidi, Dia’s associate curator, and Justine Luwdig, Creative Time’s executive director. RSVP and receive a Zoom link here. Jill Magid was born in Bridgeport, Connecticut, in 1973. She is an artist, writer, and filmmaker. Solo presentations of her work have been held at, among others, the Berkeley Art Museum; Museo Universitario de Arte Contemporáneo in Mexico City; San Francisco Art Institute; Security and Intelligence Agency of the Netherlands; Tate Modern in London; and the Whitney Museum of American Art in New York City. She has participated in Manifesta as well as the Bucharest, Gothenburg, Incheon, Liverpool, Oslo, Performa, Singapore, and Ural Biennials. She is the author of four novellas and her documentary, The Proposal, premiered at the 2018 Tribeca Film Festival. Magid is an associate faculty member in the Art, Design, and the Public Domain program at the Graduate School of Design, Harvard University, in Cambridge, Massachusetts, and an adjunct teacher at Cooper Union in New York. In December 2019, Magid delivered a performative lecture on Belgian filmmaker and writer, Chantal Akerman as part of Dia Art Foundation’s Artists on Artists lecture series. Magid lives in Brooklyn and Amagansett, New York. Matilde Guidelli-Guidi is Dia’s associate curator and curator of Jill Magid’s exhibition at Dia Bridgehampton, on view through June 6, 2021.  Justine Ludwig is executive director of Creative Time. A new public project by Jill Magid commissioned by Creative Time launched in September 2020.   Dia Online FALSE DD/MM/YYYY A Conversation with Jill Magid, Matilde Guidelli-Guidi, and Justine Ludwig
Receive Dia News and be the first to hear about events and exhibitions happening at our locations and sites.