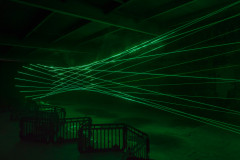 01/05/2018 18:30 01/05/2018 23:45 Europe/London Mamiko Otsubo on Rita McBride Event DetailsTuesday, May 1, 2018, 6:30 pm Dia:Chelsea535 West 22nd Street, 5th FloorNew York City Free for Dia members; $10 general admission; $6 admission for students and seniors Advance ticket purchases recommended. Tickets are also available for purchase at the door, subject to availability. Mamiko Otsubo was born in Nishinomiya, Japan, in 1974. Her work has recently been featured in the solo exhibition Sky Lobby at Cleopatra’s in New York (2015) and Lullin + Ferrari in Zürich, Switzerland (2013), and included in the group show Minimal Baroque at Rønnebæksholm in Næstved, Denmark (2014). Recent public art commissions include Bold Tendencies in London, Lujiazui Harbour City in Shanghai, PS 313Q in New York, Public Art Fund in New York, and Socrates Sculpture Park in New York. Having first earned her BA in economics from the University of California, San Diego, she went on to study fine art at the Art Center College of Design in Pasadena, California, and receive her MFA in sculpture from Yale University in New Haven, Connecticut. She is a recipient of the Brown Foundation Fellows Program at the Dora Maar House in Ménerbes, France, which was awarded by the Museum of Fine Arts in Houston, and has held artist residencies at the MacDowell Colony in Peterborough, New Hampshire, and Statens Værksteder for Kunst in Copenhagen. In 2017 she was commissioned by the City of Seattle to realize a three-part public art project for the Center City Connector streetcar in 2020. She currently lives and works in Los Angeles.     Dia Chelsea FALSE DD/MM/YYYY Mamiko Otsubo on Rita McBride