untitled (to you, Heiner, with admiration and affection) Exhibition Information

Few artists are more identified with a particular medium than Dan Flavin. After 1963 Flavin’s work was composed almost entirely of light in the form of commercially available fluorescent tubes in ten colors (blue, green, pink, red, yellow, ultraviolet, and four whites) and five shapes (one circular and four straight fixtures of different lengths). In his earliest fluorescent works he arranged fixtures in varying configurations, as in the series of “monuments” for V. Tatlin (1964–90) and gold, pink and red, red (1964). As he began creating brightly colored and spatial works in the mid-1960s, he described his practice as “decisions to combine traditions of painting and sculpture in architecture with acts of electric light defining space.”

With his contemporaries such as Carl Andre, Walter De Maria, and Donald Judd, Flavin shared a reductive formal vocabulary, an emphasis on serial rather than gestural forms, and a focus on the phenomenological presence of objects that must be experienced in real time and space. In 1966 Flavin developed his signature “barriers”—a series of freestanding fixtures that physically block a passageway or segment of space with light. These architectural interventions take serial repetition as their point of departure. For example, the artist’s untitled (to you, Heiner, with admiration and affection) (1973) consists of square, fluorescent-green units placed side by side at two-foot intervals until a space is clearly blocked. The dimensions of this site-responsive installation are variable and aim to disrupt the architecture of the exhibition space. Vertically bisecting one of Dia Beacon’s lower-level galleries, the green barrier draws attention to the complicated relationship between the optical and physical elements of the artist’s practice.

This installation is one of several works that Flavin dedicated to his longtime patron and Dia cofounder Heiner Friedrich. That said, despite the artist’s often personal or sentimental titles and his deep awareness of the historical symbolism of light in art, he always refused to attach symbolic or transcendent significance to his work. 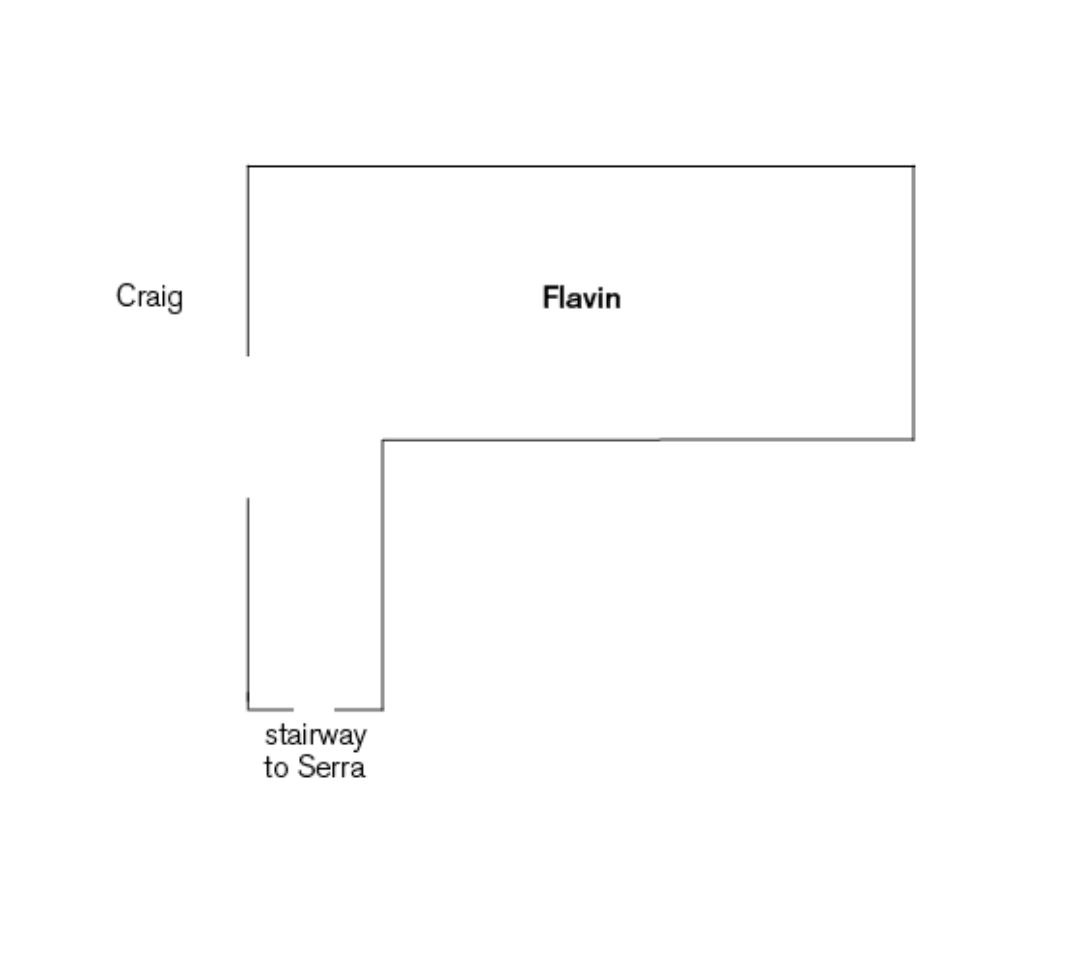 Dan Flavin frequently referenced political subjects in his work. This is evident in monument 4 for those who have been killed in ambush (to P. K. who reminded me about death) (1966). The sculpture consists of four red fluorescent lights of equal size crossing midair, and it evocatively suggests the violence of the Vietnam War. Conceived for the landmark exhibition Primary Structures at the Jewish Museum in 1966, the work was subsequently and temporarily installed at Max’s Kansas City, a beloved bar and gathering place in lower Manhattan for many of the artists in Dia’s collection. On view here is a second edition, fabricated by Flavin for his 1969 retrospective at the National Gallery of Canada, Ottawa. In 1972 the artist contributed to an exhibition in support of George McGovern, the Democratic Party presidential nominee and an opponent of the Vietnam War. Later that year Flavin exhibited a large body of sculptures dedicated to the politician, including untitled (to a man, George McGovern) 2 (1972).

Flavin used titles to dedicate individual works to public figures and personal friends throughout his career. However, far from sentimental, such titular references often demonstrated his satirical humor. For example, untitled (to the real Dan Hill) 1b (1978) conflates two artists by the name of Dan Hill, one of which was Flavin’s friend. The work consists of four lights bound together in a colorful embrace.

Like many of his peers in the early sixties Flavin turned to readymade industrial materials as an antidote to the dominance of gestural painting. For his works in light, he never altered the dimensions nor the colors of standard-issue fluorescent bulbs. Both untitled (to the real Dan Hill) and the earlier gold, pink and red, red (1964) are therefore partial inventories of the colors and sizes of fluorescent lights that were commercially available at the time.

Flavin’s gold, pink and red, red was originally exhibited in 1964 as part of the artist’s first show of fluorescent lights. Presented at the Green Gallery, a New York venue for advanced practices in the early sixties, the exhibition summarized Flavin’s interest in prefabricated materials and rational forms that together test the boundaries of painting and sculpture. His first experiments with electric light involved attaching bulbs to the sides of small monochromatic canvases. He ironically called these objects “icons,” because they evoked the luminescence of religious icons. Through light, Flavin was able to engage the optical nature of painting while radically extending beyond its material limits. The lights at once emit a dematerializing glow and bluntly expose their device as banal fixtures bound to obsolescence. The ambivalent “image-objects,” as the artist referred to them, suggest that space itself can be a sculptural medium while presenting substantial installations of industrial hardware. 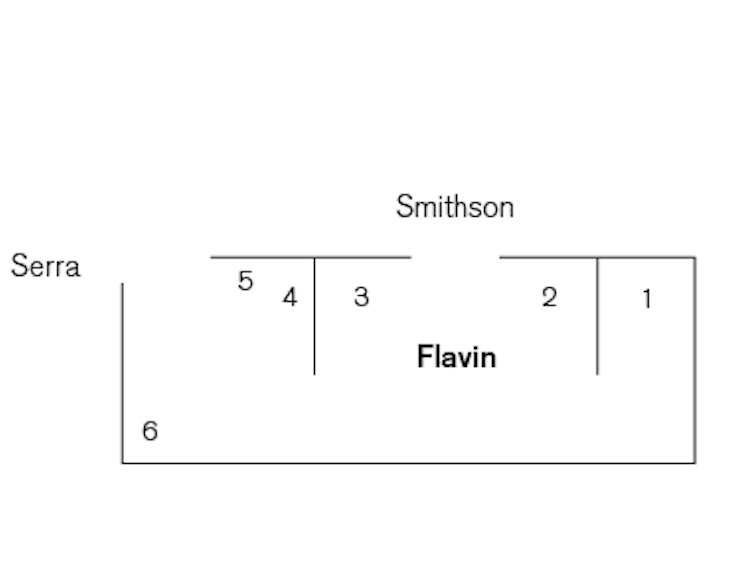